This article will discuss what is new in Rails 5. The changes like rails instead of rake, ruby 2.2.1+ support, performance improvements, action cable, rails api application will be discussed.

1. use rails instead of rake

There are many commands in the Rails framework that are addressed by rake. it is kind of unclear on which command needs execution by rails and which commands need to be executed using rake. Thus, it’s difficult for new users who get on with Rails to use these commands. So, to make the behaviour uniform all the commands starting with rake will also be executed if tried with rails command.

E.g. Previously for data migration in Rails - we needed to enter command

Here is the issue that is aimed to achieve this with Rails 5 release - https://github.com/rails/rails/issues/18878

Although, development on this is in progress in following pull requests - this would eventually make up into Rails 5

Here is an excellent article that explains how  Rails 5 brings consistency by wrapping all rake commands using rails.

What does it do? - It just touches the tmp/restart.txtfile.

Here is the pull request that merged this change: https://github.com/rails/rails/pull/18965/

The above example shows that symbols are not garbage collected in ruby 2.1.2

And this output clearly shows how symbols get garbage collected in Ruby 2.2.1+

When we invoke GC it may/may not start garbage collection - but it will clean symbols that have no reference as shown above.

Thus, Garbage collection is very handy feature of Ruby 2.2.1+ which will be explored by Rails 5+ applications.

Here is the Merged pull request link where Rails marked to use Ruby 2.2.2+ version

There is lot to talk about this. Richard Schneeman is a Ruby developer at Heroku and loves contributing to Rails. Recently he had merged a lot of performance improvement to Rails. The patch has improved the performance almost 11%. 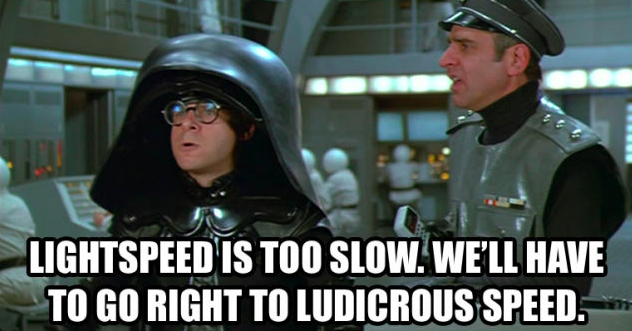 Here, we’ll be discussing few of the major improvements from this patch -

If you’re not familiar with benchmark/ips, please explore benchmark-ips gem.

Basically this is done to de-duplicate the strings at compile time in VM. 'string'.freeze is optimized at compile time and returns single shared frozen string instead of allocating a new string and returning back.

When we call to_s on nil object then - it allocates empty string object and returns. Thus, this is a new string object allocation. If you’re doing this in loop or calling it multiple times somehow then it will be creating a lot of string objects causing increase in memory allocation.

Basically performing to_s operation only if object is not a nil object.

In this commit conditions are modified in such a way to avoid calling to_s on nil object.

Remove Array allocation if not needed

Array should not be allocated if not needed. Basically if you are initializing a variable by an empty array and there are conditions below which would add values to array or something then just delay initialization of variable to a array as possible as you can.

From above code, we need to add found string to array var only if some_object has value 54

Basically we have delayed initialization i.e. allocation until needed.

What problem is solved by ActionCable?

Suppose you have a mailing application, where you would want to update a new email in the browser as soon as received.

You can keep polling after some time interval to server side (backend) and if you get new email in response then update the DOM with the content received from backend via javascript. But, this would result in many number of polls void/useless.

Channel - A Cable can have multiple channels. Channels need to be created to send or receive for various functionalities that need solution to the similar problem discussed above.

If you are interested in exploring and implementing ActionCable for your Rails application - Try ActionCable examples provided.

If you’re interested in contributing to ActionCable  - visit Rails/ActionCable

Many a times - people implement Backend in Rails just as a API server - Rails API only application is designed for such use cases.

So, in such cases you don’t need entire Rails Stack for your Application. To solve this - Rails 5 has implemented API only option - which would create minimalistic Rails application.

Why API app instead of complete Rails App?

do this: inherit from ActionController::API

Here is a Merged Commit and Corresponding Pull Request.

Lastly, we’re leaving you with a talk about the Rails 5 Features You Haven’t Heard About by Sean.DHH

Please feel free to suggest anything and comment down below.

Get the latest posts delivered right to your inbox

Stay up to date! Get all the latest posts delivered straight to your inbox